About two dozen cars on the CSX train derailed at McDavid on Monday evening, but no danger was reported to the public from the train’s cargo.

“We don’t have a public safety issue at this point, but it will be an environmental cleanup,” Eric Gilmore, acting director of Escambia.com County Public Safety told NorthEcambia.com shortly before 1 a.m. morning Tuesday.

The derailment was reported at approximately 10:35 pm north of the West Fraser sawmill in McDavid. The train engine stopped behind the sawmill, but the derailment occurred one mile north in a heavily forested area about a mile east of Highway 29 (see map below).

A total of 25 cars derailed, including several tank cars. Gilmore said two of the tank cars contained molten sulfur, one contained some type of ammonia and at least two were empty but were previously loaded with molten phenol. Several hopper cars containing lime also derailed. The remainder contained other types of non-hazardous products or was empty.

Gilmore described the derailment scene as a “total stack” with stacked cars and a destroyed track. Firefighters, including a hazardous materials team from Escambia Fire Rescue, were able to access the derailment from either end, but were unable to reach the middle of the site in the dark.

Due to the remoteness of the site and the lack of nearby roads, it took approximately 45 minutes for first responders to locate and reach the derailment.

No injuries were reported.

This is a developing story. We’ll keep you posted here on NorthEscambia.com. 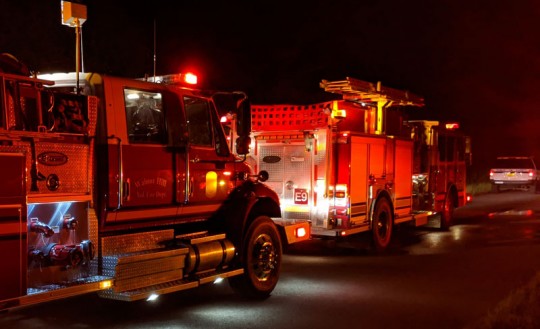 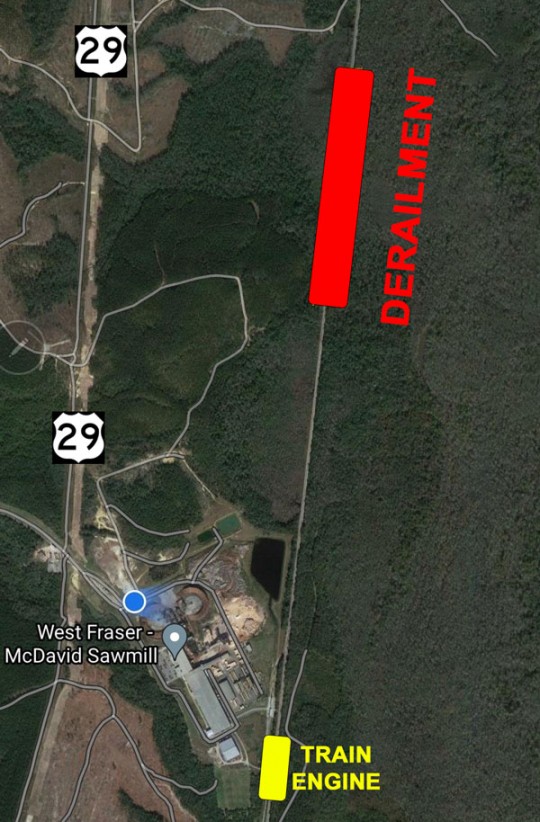